The N Gauge Society’s LMS Inspection Saloon was voted N Gauge Coach Model of the Year for 2012 by the readers of Model Rail magazine, RM Web and MR Express magazine.

During the 1940s the LMS constructed several 50′ saloons to enable senior managers, engineers and the railway’s guests the opportunity to inspect the line in style!

To celebrate its 45th anniversary, the N Gauge Society produced a 1:148 scale model of these iconic and attractive vehicles. It was our most ambitious ready-to-run item yet and as Inspection Saloons were often towed or propelled on their own, it offers members a complete train in one box!

The Ready to Run model

Our model was manufactured by Graham Farish/Bachmann, with separate flush glazing, a fully detailed interior, NEM couplers on close-coupling mounts and numerous extra details – including air horns and steam or diesel era tail-lamps as appropriate. The eight liveries originally on offer were carefully selected to reflect the long, distinguished and colourful lives of the LMS Inspection Saloons from their introduction to the present day. 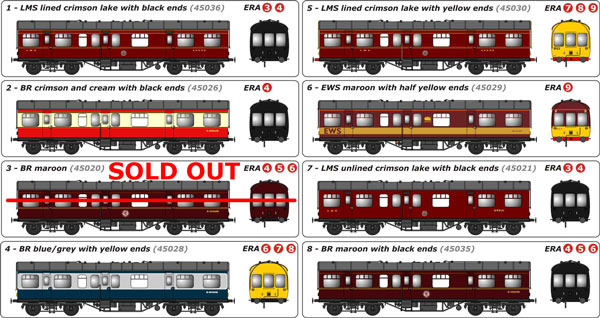