Hundreds of Carflats were produced from redundant coach chassis from the 1950s until the late 1970s, and many remained in service until almost the end of the last century.

These wagons were associated in particular with BR’s iconic Motorail service, which was launched exactly 50 years ago in 1966 at the forefront of the then ground-breaking “corporate image”, and offered holidaymakers travelling to the South West, Wales, the North and Scotland the opportunity to take their car on holiday.  Two of our models are in BR Blue with Motorail branding, and can be combined with maroon or blue-grey Mk1 or Mk2 coaches and Class 47 or 52 “Western” locomotives, among others.

In the winter months, when Motorail services did not run, the wagons were often used in block trains for motor manufacturers, and in later years, as the Motorail services contracted, some were fitted with air-brakes and repainted into BR Bauxite for dedicated use on new car delivery trains.  In 1979 25 such wagons were converted for wagon leasing company Railease for car transport.

The version selected by the NGS was one of 40 converted at Swindon in 1964, and was available in six versions (see below).  The models featured various different arrangements of vacuum, dual or air brake gear and either BR1 or B4 bogies according to prototype.

The six liveries originally produced are shown below.

In terms of timeframes, the first Carflats were introduced in the mid 1950s.  These we believe were painted brown.
Various batches were built from different coach chassis – some ex LMS, GWR and LNER and some ex BR Mk1.
The spotting points are the bogies, trusses and length.

The model we produced is based on a batch built in 1964.  We believe some were turned out in Brown before Rail blue started to be adopted.

The Motorail brand was launched in 1966  and placards were fitted. We are not sure whether any brown wagons received placards.  There was an ongoing conversion programme and some wagons were equipped with B4 bogies, and vacuum braking gave way to air brakes.  We believe most of the blue wagons remained in blue until withdrawal.  Some wagons were also painted bauxite, and used for new car deliveries.

In 1979 a batch of ex BR Mk1 underframes was used for a new batch of Carflats for Railease. These had BR1 bogies and air brakes, with Railease placards.

The Carflats started falling out of use in the late 1980s/early 1990s although some probably soldiered on in Departmental use.

In very approximate modelling terms, and using our model to stand in for earlier BR Mk1 conversions, you could probably:

Having said that, this list is based purely on observations of photographs and we would be delighted for more detail, or any corrections, particularly in terms of when the last Motorail or delivery services ran with these wagons.

Carflats saw regular use from the mid 1950s; they are essentially coach chassis with the bodies removed – for both motoring holidays and to distribute new built cars for auto manufacturers.

Our version represents one of a batch of around 50 built in the early 1960s on former BR Mk1 chassis, and largely associated with the famous Motorail brand launched exactly 50 years ago in 1966.

The CAD drawings shown are a “conglomerate” showing various details including vacuum and air brakes, buffing plates, Motorail branding plates and  BR1 bogies or B4 bogies.  Many of these details are model specific and will not be present on all types. 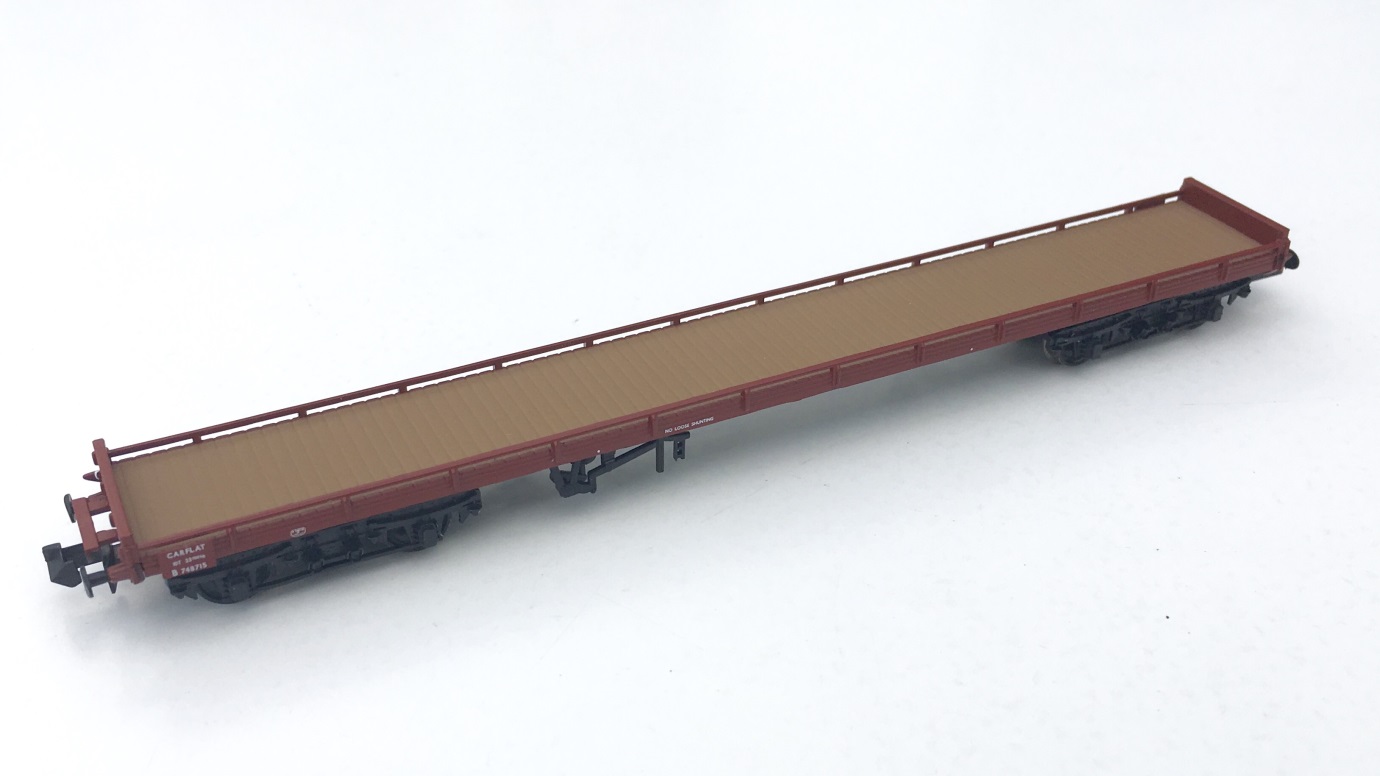 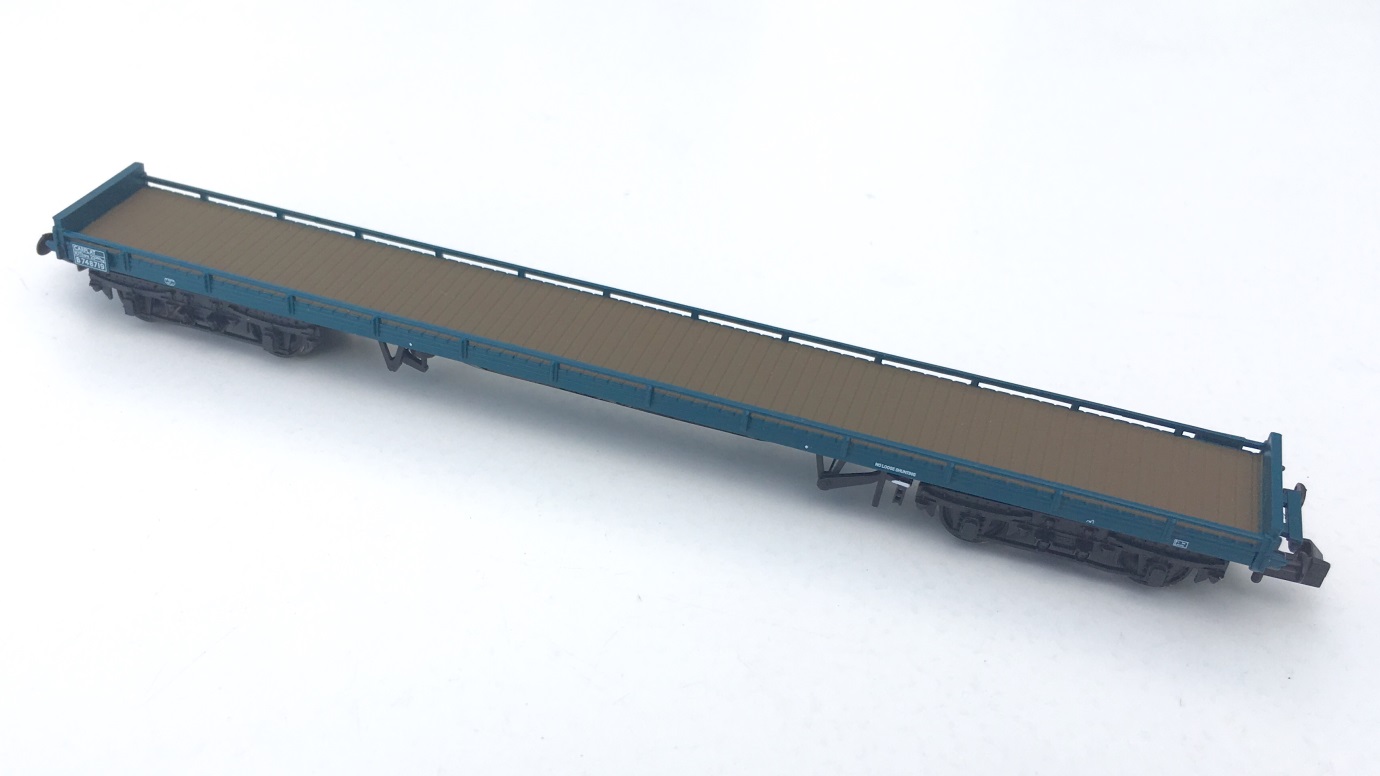 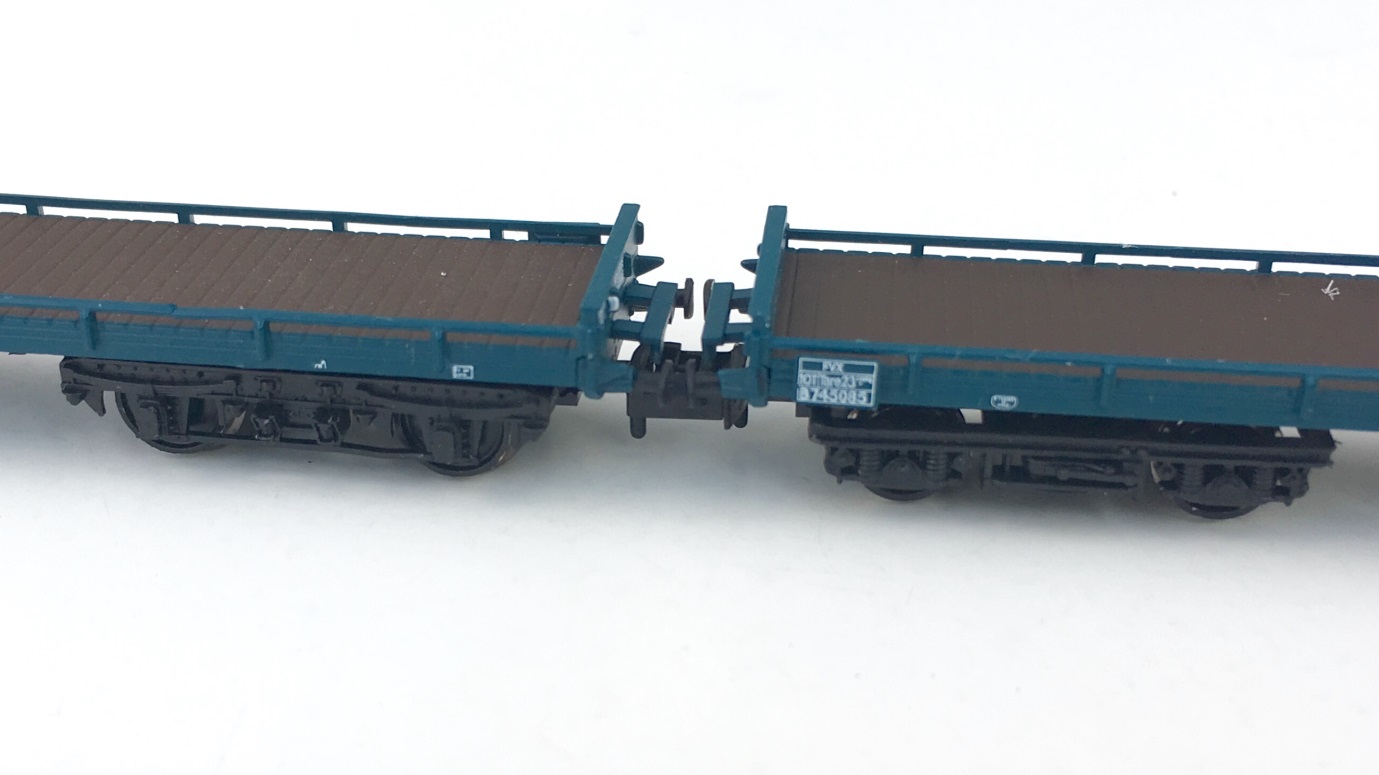 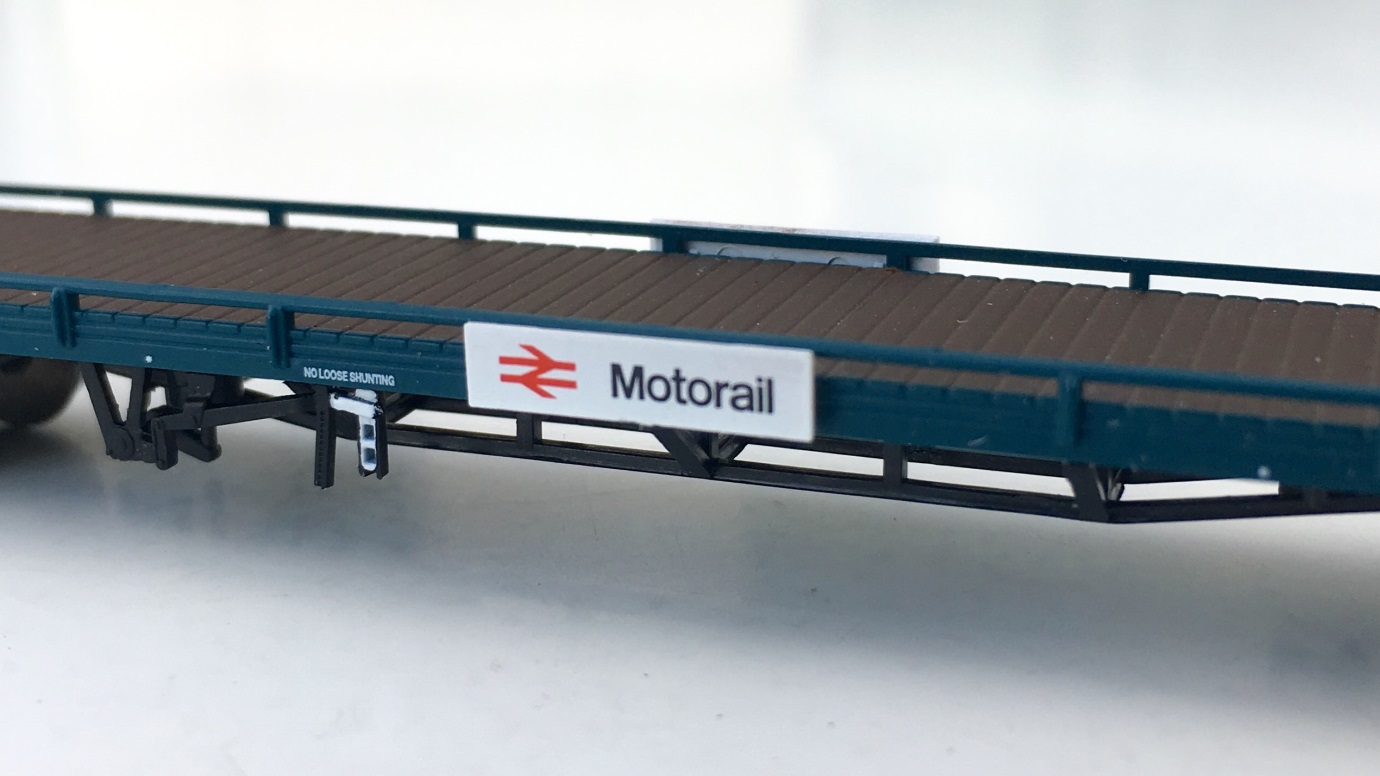 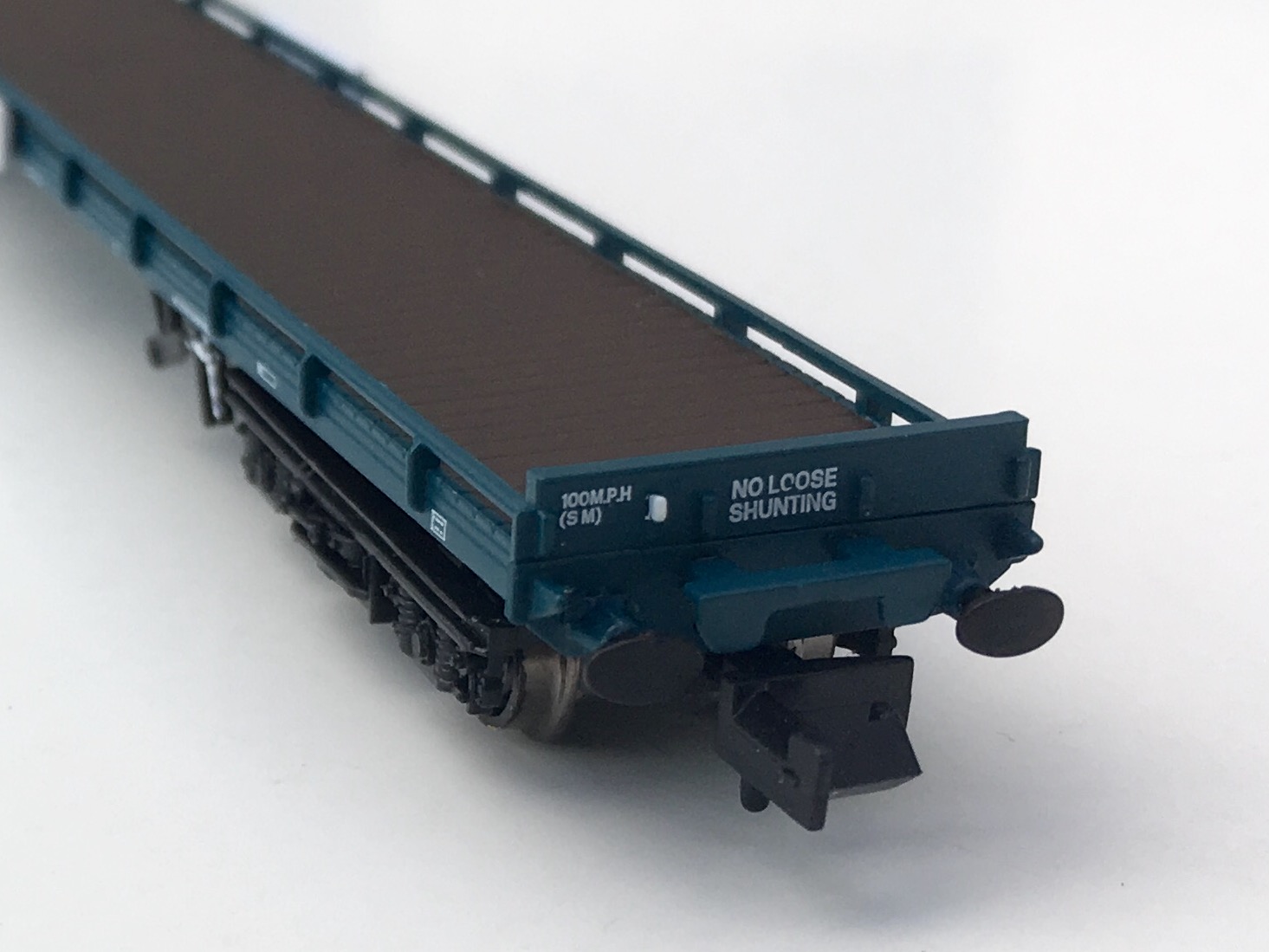 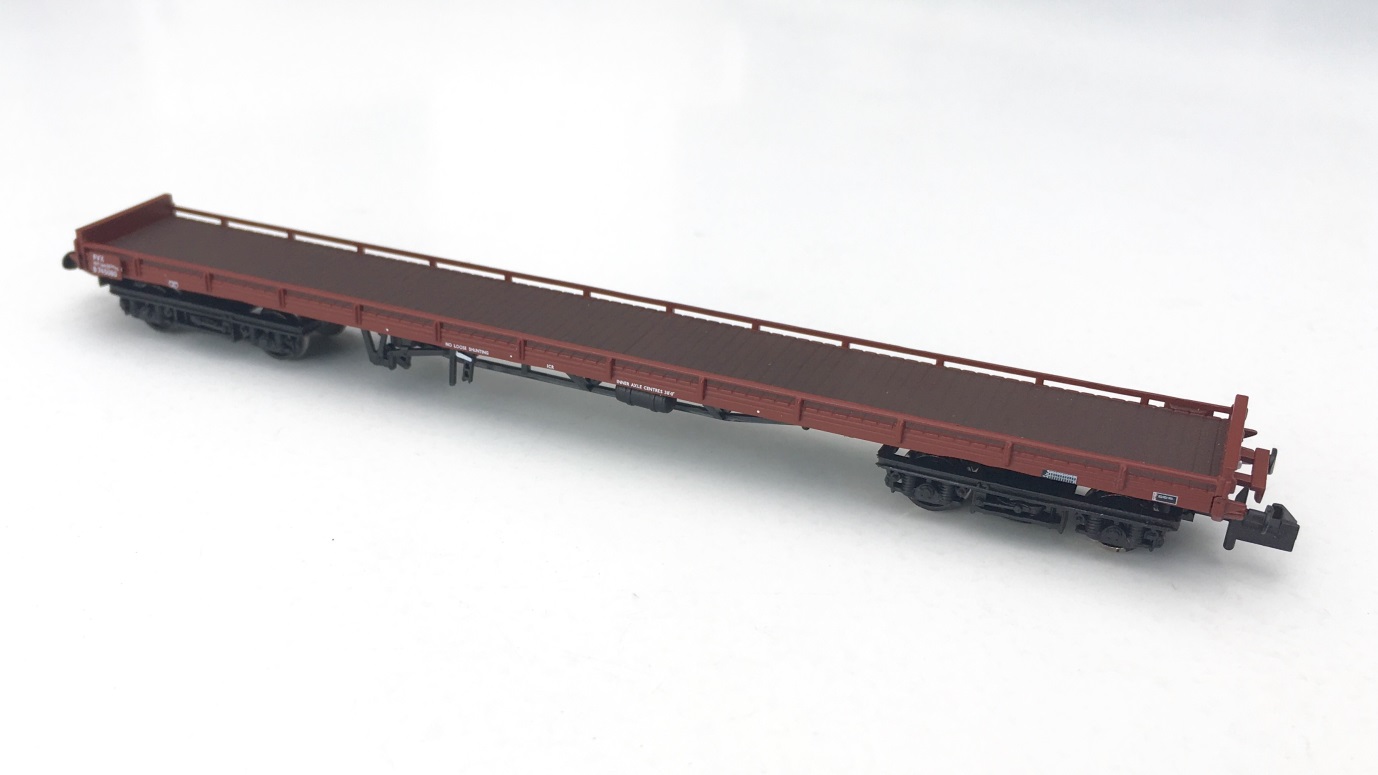 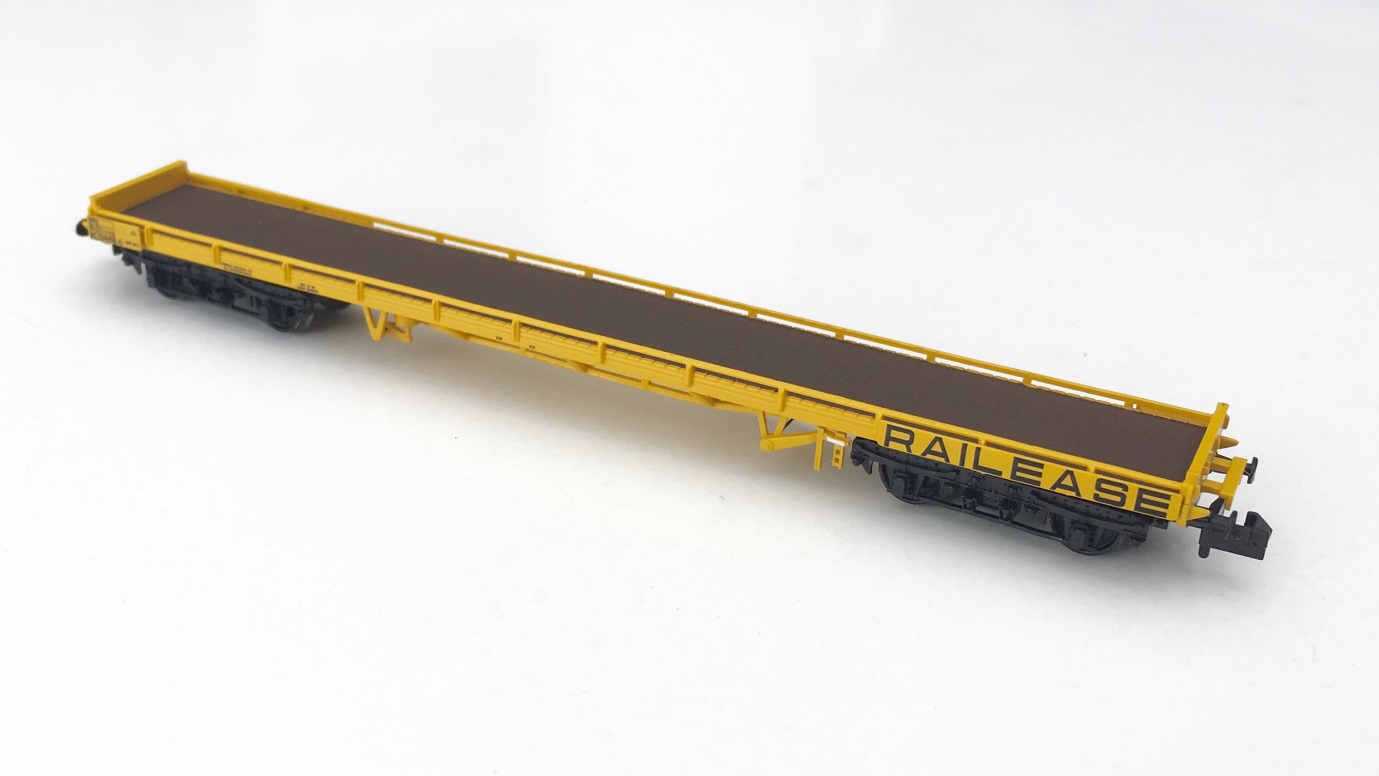 To purchase the Car Flat (members only) go to